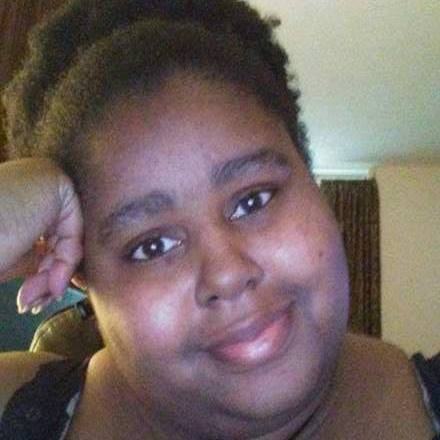 Growing up, my mother was very keen about me never putting focus on my appearance; sadly, to the point of abuse. Often, I was punished for crimes I’ve never committed and incidents that took place long before I was born. I was beaten for bringing home any grade less than a B and as a result, I consumed education. My self-esteem became deeply rooted in intellect and my ability to learn. Thus, the topic of body image was very foreign. I was only taught about my body when natural events occurred, and nothing further was ever discussed. As a kid I felt that if I was alright with myself, others would be too because I was smart! I was all too content with being myself long before I knew what that even meant! But life had lessons to teach in a big way!

In middle school, I physically developed faster than other girls and was very busty for a preteen. Kids were insensitive so anything they could say to taunt me, they did! I was teased for things that were totally beyond my control like my hair and breast. In high school, my agenda was to try to be invisible. But when you are top-heavy, good luck with that! I found out I was known as “the girl with the big tits” by a few people who weren’t even in the same social circles. This was only further proof to me that despite my depth and substance, some will only look me straight in the chest to deem me ok. It was relentless, and I was confused! I tried talking about it at home only to be blamed then preached to about what to wear. I felt ashamed of myself… for other people’s reasons.

Being unable to communicate without condemnation and learning how people operate all while going through puberty, it was a complete clusterfuck! I often suffered silently because I started believing I was the problem and my body was to blame. For years I would succumb to that toxic thinking. But life was not done. Who knew my best lessons about body image would come from someone new to my life and life in general?! The pain of my past has provided great lessons for my future… and my son’s.

I love that he and I speak openly regarding his concerns about sexuality and body image. I get to plant seeds of confidence and internal acceptance within him and, coincidentally, it is bringing me back to being comfortable in my own skin. I get to relate to him and forgive myself and others. It’s been the most freeing experiences I’ve ever had in growth and love!

In hindsight, my body image only became an issue for me when I took hold of peoples’ opinions and began owning them as truth. This is the truth: I’m full of gifts and flaws but fit or fat, I’m awesome! What other people think of me is truly their own business, AGAIN!

My body positivity journey has been an experience in struggle and acceptance. I remember...